A few examples of the content of the baskets (2012 season): 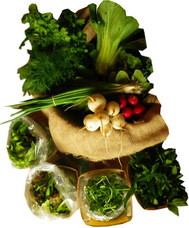 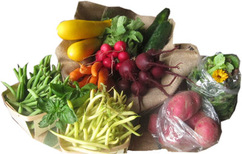 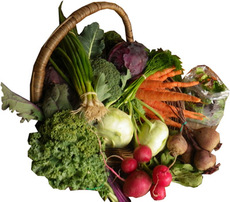 At the end of the season you will find more hearty vegetables, for example in the week 15 basket there was: red cabbage, kohlrabi, carrots, beets, radishes, broccoli, kale, green onions and salad mix.